From A Wiki of Ice and Fire
(Redirected from Sword)
Jump to: navigation, search 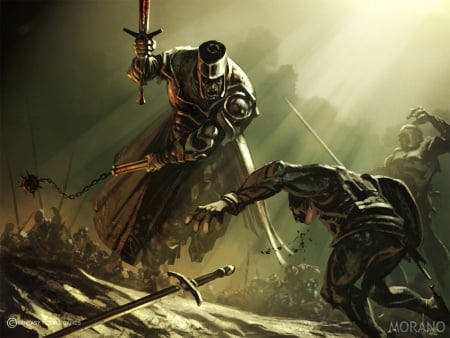 A variety of armament is used throughout the known world.

The weapons carried generally reflect those of the prototype armies and by far the most common is the sword. This is to a very real extent the mark of a soldier and so carried by all, although it may not necessarily be the soldier's primary weapon.

Castle-forged weapons are of high quality, generally better than those produced by smiths in the cities. However, usually only knights and nobles can afford them. The rarest and most desired swords are those forged in Old Valyria, of Valyrian steel. These swords are stronger, lighter, and sharper than all others (except perhaps for Dawn), and the steel is typically dark, almost black. The secrets of forging them have been lost and there are perhaps only a couple of hundred of them left in Westeros, mostly as prized heirlooms by noble houses.[1]

Other weapons are also common. Almost everyone carries a knife or dagger, as they are useful and practical in many circumstances. Effective spears and mauls are relatively cheap to make and are, thus, popular weapons for men-at-arms. A cheap spear can still be a good weapon; the same cannot be said of a cheap sword.[2] 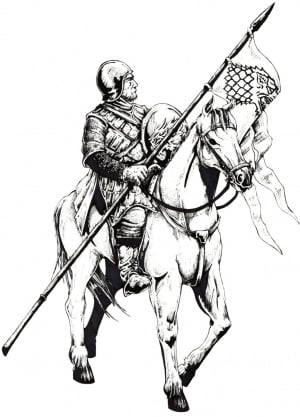 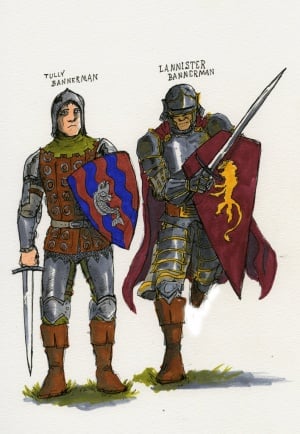 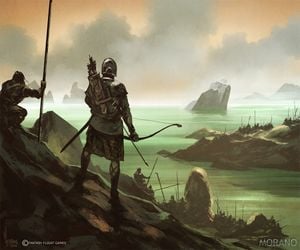 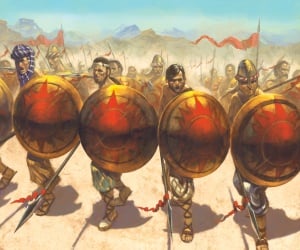 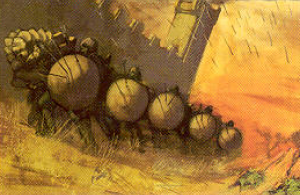 Armor in Seven Kingdoms is commonly forged from iron and steel. The style of armor is most reminiscent of the Hundred Years' War, but George R. R. Martin also looked back to the Crusades.[85] Occasionally one may find an ancient piece of armor forged from bronze, but that is a great rarity today. Advanced full plate and scale armor, made of relatively light weight steel, is also available to those with the proper funds.

Additional ornamentation can be quite elaborate. Common methods involve paints, enamels, or bluing the steel. A truly skilled blacksmith, however, can work color into the metal itself to ensure that it does not chip or flake off. Such work is expensive and can be afforded only by the nobility.

The most effective, and expensive, armor is plate armor, which consists of a number of shaped plates of steel fitted to the body. Plate is normally worn over chainmail and an undercoat padded leather. Those who cannot afford plate may wear chainmail and leather, and this coverage still provides good protection. It is also common to wear only partial plate; a plate helm, for example, is common, as are breastplates and gorgets. Scale armor is also known but considerably less common. Armor made of boiled leather is sometimes worn by itself, particularly by scouts and levied men-at-arms. While better than nothing, it cannot stop an on-target sword blow, whereas plate armor can.

Plate armor is more common in southern regions like the Reach, while mail is more the rule in the north. The free folk who live beyond the Wall are more primitively armored.[85] Dornishmen use a lot of copper armor for ornamental purposes, as it shines in the sun.[86] A new hauberk of mail, gorget, greaves, and greathelm made by a good smith can cost eight hundred silver stags.[3] Sailors clad themselves lightly in armor to avoid drowning.[87] 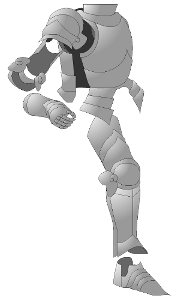 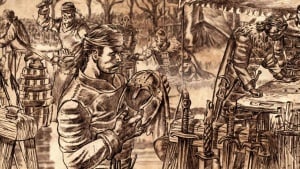 Northmen readying for battle, from Game of Thrones Blu-ray 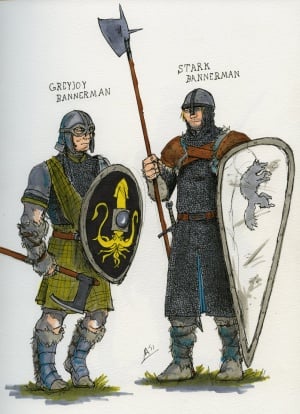 Since round shields are specifically observed by some POV characters, the typical Westerosi shield would appear to be a heater shield. Although in real life knights rarely used shields alongside full plate armor, Martin has Westerosi knights utilize shields for aesthetic purposes.[85] Coats of arms are typically depicted on shields. 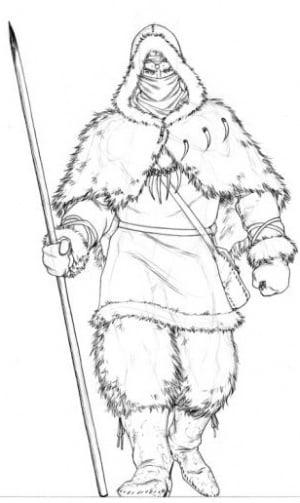 He had emptied the armory to put good steel in their hands; big double-bladed axes, razor-sharp daggers, longswords, maces, spiked morningstars. Clad in studded leather jerkins and mail hauberks, with greaves for their legs and gorgets to keep their heads on their shoulders, a few of them even looked like soldiers.[30]

She found a room full of weapons and armor: ornate helms and curious old breastplates, longswords, daggers, and dirks, crossbows and tall spears with leaf-shaped heads.[141]