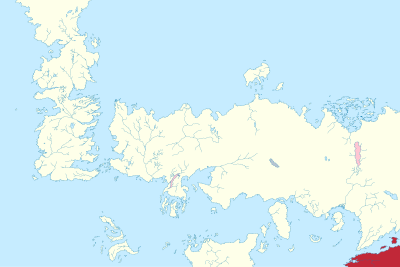 Location of Ulthos in the known world

Ulthos is a landmass in the far east, which may or may not be another continent. It lies to the south of Asshai and the Shadow Lands in Essos and to the east of Sothoryos. It is separated from the Shadow Lands by the Saffron Straits. The island of Ulos is located in the straits between Ulthos and Essos.[1]

Little is known about Ulthos,[2] other than its location and that it is covered in dense jungle.[1]

According to George R. R. Martin, Ulthos highlights that people from Westeros do not know much about the world east of Qarth and south of the Summer Sea.[3]