Warden of the West 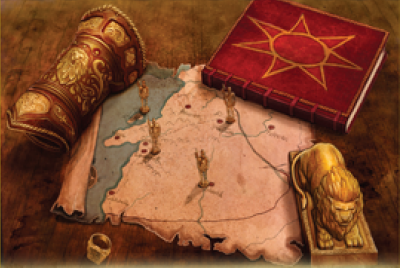 Warden of the West. © FFG

Warden of the West is a title bestowed on the most prominent house of the westerlands by the ruler of the Seven Kingdoms since the War of Conquest. All known Wardens of the West have been from House Lannister. Traditionaly, the title is held by the head of the house, the Lord of Casterly Rock.

The initial appointment of a warden in western Westeros was likely to deal with the ironborn, who were prone to reaving and pirating along Sunset Sea and the western shores.

Known Wardens of the West

Tywin Lannister. Warden of the West. by Aleksander Karcz© FFG

After the death of Lord Tywin Lannister, Queen Regent Cersei Lannister grants the title to Ser Daven Lannister, who would have preferred that the load were entrusted to Ser Kevan Lannister. However, Ser Kevan was refused the title after he rejected the post of Hand of the King after Cersei refused to name him Tommen's Regent.