Hammer of the waters 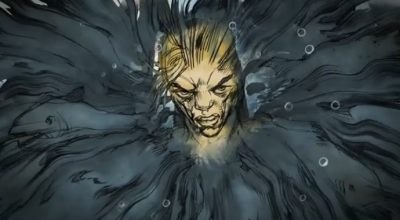 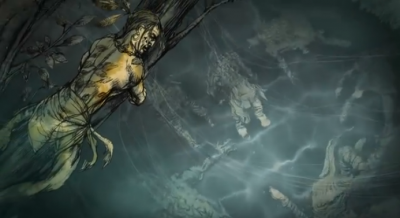 The hammer of the waters[1] or Hammer of the Waters[2] is a Westerosi legend about the children of the forest.[1][3]

According to legend, the greenseers of the children of the forest used dark magic to stop the migration of the First Men to Westeros.[4] Hundreds of greenseers gathered, possibly at the Isle of Faces[2] or Moat Cailin.[5] Some stories claim they sacrificed a thousand captive humans to weirwoods, while others claim the greenseers used blood from their own youths.[2]

The hammer of the waters resulted in the Breaking, the shattering of the Arm of Dorne into the Stepstones and the Broken Arm, separating Westeros from Essos.[2] Unfortunately for the children, it was too late, for the First Men already had a foothold in Westeros. However, the cataclysm proved the strength of the children's power, and may have proved instrumental in bringing the First Men to agree to the terms of the Pact on the Isle of Faces. The agreement ended hostilities, and marked four thousand years of friendship between the two races.[6]

At some point, the greenseers attempted to use the hammer of the waters, working from the Children's Tower of Moat Cailin, to break the lands of Westeros in two.[1][3] However, this created the boggy Neck instead of separate landmasses. It is unknown if this occurred during the same event as the breaking of the Arm of Dorne, or at a different time. The histories say that the crannogmen grew close to the children in the days when the greenseers tried to bring the hammer of the waters down upon the Neck.[7] Despite the lack of complete separation, the bogs and swamps of the Neck have proved an effective natural defense, and the First Men-held Moat Cailin never fell during the Andal invasion of Westeros.[8]

Some maesters, such as Yandel, suggest that the fates of the Arm of Dorne and the Neck were not magical in nature, but were natural occurrences relating to the sinking of land and the rising of ocean waters.[4][2] Archmaester Cassander argued in Song of the Sea: How the Lands Were Severed that flooding was caused by the melting of ice beyond the Shivering Sea.[2]