The King's Way is one of the four straight streets which starts at the unnamed great square in the center of King's Landing (the three others being: the Gods' Way, the Muddy Way and the Street of the Sisters).[1] It likely leads to the Red Keep.[N 1] 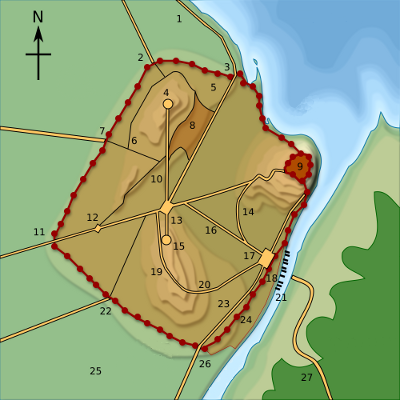 King's Landing rapidly grew without any planning during the first century following Aegon's Conquest, so much so that by the reign of King Jaehaerys I Targaryen, the streets were close by each other, dark and filthy. In 52 AC, Jaehaerys ordered a reconstruction of the streets, which included the construction of a great central square, carved out and planted with trees, with markets and arcades beneath. From this square sprung the King's Way.[1]