Paxter Redwyne is the Lord of the Arbor and head of House Redwyne. He is married to his cousin, Mina Tyrell, the sister of his liege lord, Mace Tyrell; he is thus twice a nephew of the Queen of Thorns, Olenna Redwyne.[2] Paxter and Mina have two sons, Ser Horas and Ser Hobber, and a daughter, Desmera.

Paxter commands the Redwyne fleet from his galleas, the Arbor Queen. His healer is Maester Ballabar.

Paxter is stooped of shoulder, thin, and balding with only a few orange tufts of hair remaining.[3]

Following the lead of his liege lord, Mace Tyrell, Paxter remained loyal to the Targaryens during Robert's Rebellion. During the year-long siege of Storm's End, the Redwyne fleet blockaded Shipbreaker Bay to prevent Stannis Baratheon from being resupplied by sea. Paxter and Mace feasted outside Storm's End while the Baratheon garrison starved.[4] The siege was nearly successful, but Storm's End was resupplied when the smuggler Davos slipped through the Redwyne blockade.[5] Following the defeat of the Targaryens through the Battle of the Trident and the Sack of King's Landing, Paxter swore fealty to the new king, Robert I Baratheon, when Lord Eddard Stark arrived to break the siege.[6]

During Greyjoy's Rebellion, Paxter presumably commanded the warships from the Arbor which supported Stannis, Robert's master of ships, in the sea battle off Fair Isle.[7]

Ser Stafford Lannister has been negotiating to betroth his son, Ser Daven, to Desmera Redwyne, although an agreement has not been reached with her father, Paxter.[8] 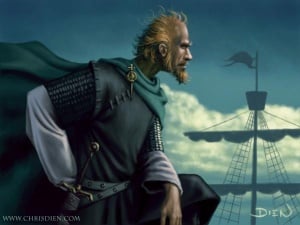 With Horas and Hobber held hostage by Queen Cersei Lannister, Lord Paxter is the only Tyrell bannerman who does not declare for Renly Baratheon for fear of his sons' lives. However, following Renly's death, Lord Petyr Baelish suggests they send Hobber to Paxter as a gesture of goodwill. Petyr believes Paxter would not want Stannis Baratheon on the Iron Throne considering Paxter besieged him at Storm's End during the War of the Usurper.[9]

Paxter participates in the Battle of the Blackwater, when House Tyrell joins with House Lannister to smash Stannis's army.[10]

Paxter serves on the small council of King Joffrey I Baratheon.[3] At Joffrey's royal wedding, Paxter gives him a scale model of a ship being built on the Arbor that will be named King Joffrey's Valor after the king.[11] Following Joffrey's assassination, Paxter is called as a witness for the prosecution in the trial of Tyrion Lannister. He tells of how he heard Tyrion threaten the king.[12]

Paxter attends the wedding of King Tommen I Baratheon and Margaery Tyrell.[13] Later, he is sent to command Tommen's forces at the siege of Dragonstone, where he intends to take the castle bloodlessly by either starving out the defenders or creating a breach in the walls through mining, forcing the defenders to surrender and reducing Stannis's last stronghold in the south. Queen Cersei later sends Ser Loras Tyrell of the Kingsguard to take command, who leads a reckless storming of the stronghold in an effort to free up the Redwyne fleet to fight the ironborn in the Reach.

After the arrest of Queen Cersei by the High Sparrow, Lord Paxter is given a seat at the small council and made master of ships and lord admiral by Ser Kevan Lannister, the new Lord Regent.[14] Paxter and his Redwyne fleet are last reported as passing Dorne during their voyage back to the Arbor.[15]