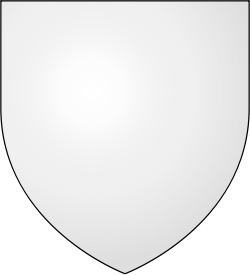 Unadorned white shield of the Queensguard.

The Queensguard is another term for the Kingsguard, titled such when they serve as royal bodyguards for a Queen Regnant rather than a king. Supposedly the finest knights in the Seven Kingdoms, they are sworn to protect their queen and the royal family with their own lives, to obey her commands, and to keep her secrets.

Historically composed of seven knights sworn to a lifetime of service, members are to serve unto death despite age or any physical or mental ailments, with an invalid member's duties being taken up by his sworn brothers. During his time as a member of the Queensguard, a member is not allowed to hold lands, sire children, marry, or have any worldly allegiance except to his monarch. All members of the Queensguard are traditionally sworn knights.[2][3][4]

Although Queen Alysanne Targaryen appointed Jonquil Darke as her sworn shield after an assassination attempt,[5] the first known implementation of the Queensguard was founded by Queen Rhaenyra Targaryen, as an elite bodyguard for her and her family during the Targaryen civil war known as the Dance of the Dragons.[6]

Daenerys Targaryen names Ser Jorah Mormont as the first of her Queensguard following the death of her husband, Khal Drogo.[7]

Daenerys's Queensguard includes protectors who are not knights.[8]

Daenerys rules as Queen of Meereen.[9] After she disappears from Daznak's Pit,[10] Ser Barristan Selmy, her Lord Commander, recalls that Daenerys had not established a proper Queensguard.[11]

The Kingsguard of King Viserys I Targaryen split during the succession war that broke out upon his death, known as the Dance of the Dragons. Four of them sided with Rhaenyra's half-brother Aegon II (including Lord Commander Ser Criston Cole), but the other three defected to Rhaenyra, forming the core of her new Queensguard: Ser Steffon, Ser Lorent, and Ser Erryk.

Only Ser Loreth Lansdale moved quickly enough to strike a blow in the queen's defense, cutting down the first two men who came at him before being slain himself. With him died the last of the Queensguard.[16]

You are the first of my Queensguard.[7]

If the queen had commanded me to protect Hizdahr, I would have had no choice but to obey. But Daenerys Targaryen had never established a proper Queensguard even for herself nor issued any commands in respect to her consort.[11]

She still clung to the hope that someone would come after her. Ser Barristan might come seeking her; he was the first of her Queensguard, sworn to defend her life with his own.[17]